Matthew Savoca Ecology
Baleen whales as marine ecosystem sentinels
Globally, baleen whale populations remain at ~5% of their historical abundance following a century of industrial whaling. Recovery efforts are hampered by multiple anthropogenic stressors, including the omnipresent threats of climate change and marine debris. As a postdoctoral researcher at the Hopkins Marine Station, I am working on the first mechanistic foraging model for baleen whales to understand how much water they filter, how much prey they consume, and in turn, how much plastic they ingest. Foraging by filtering millions of liters of prey-laden water per day, baleen whales may be at significant risk of microplastic ingestion, yet research on the interactions between baleen whales and microplastics is scarce. My work uses a variety of approaches (e.g., analytical chemistry, animal-borne tag data, flow-tank experiments) to determine if baleen whales are useful indicators of microplastic presence, concentration, and flux in marine systems. In addition, I am linking cetacean foraging behavior to the state of the ecosystem investigating how whales respond to climate variability and change. This research fits into the broader framework of the Goldbogen Lab by integrating bioenergetics, conservation, and the evolution of gigantism. 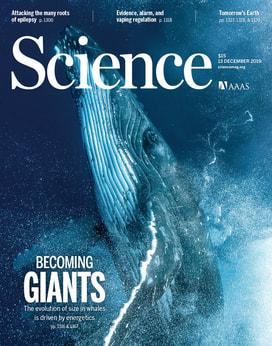 Relevant publications:
Analysis of bycatch in United States fisheries to support management
As the main project for my Sea Grant Fellowship, I amalgamated data from the NMFS’ National Bycatch Reports, augmented by several other data sources, to evaluate bycatch patterns in 100 federal fisheries. In addition to a continental-scale fisheries analysis, my goal is to make publicly available national bycatch data more accessible to managers, fishers, students, and the general public. We have secured additional funding through the National Observer Program to continue to improve the availability and communication of bycatch data to facilitate conservation and management that ensures U.S. fisheries sustainability in the 21st century and beyond.


Mechanistic basis of plastic ingestion
Plastic debris is a pernicious anthropogenic alteration of marine ecosystems. Hundreds of species ingest plastic debris, but our knowledge of why animals mistake plastic for prey remains incomplete. As part of my dissertation research, I investigated chemical cues associated with marine plastic debris to ascertain whether plastic debris could be chemically attractive to marine wildlife. Working in collaboration with the Robert Mondavi Institute for Food and Wine Science, we found appreciable concentrations of dimethyl sulfide (DMS; a foraging infochemical) on plastic left in the ocean for approximately one month. We also discovered that tube-nosed seabird species which use DMS to locate foraging sites are nearly six times more likely to ingest plastic than those species not attracted to DMS. To examine an organism's behavioral response to the chemical signature of plastic debris, I conducted an experiment on a known plastic consumer - the Northern Anchovy (Engraulis mordax) - at the Aquarium of the Bay. Results of this experiment indicated that the chemical signature plastic acquires in the ocean can induce foraging behaviors in marine consumers. These studies demonstrate that chemical - as well as visual - cues mediate the consumption of plastic debris by marine fauna.
​
Relevant publications: ​
​Nutrient recycling by top predators
Decades of scientific study support the notion that seabirds augment nutrient transport from sea to land, but there is far less research demonstrating how these highly mobile marine predators may benefit primary productivity by recycling nutrients at sea. As part of my dissertation, I discovered that procellariiform seabird species which use dimethyl sulfide (DMS) to forage are zooplankton specialists recruited en masse by phytoplankton-produced DMS. These birds have the potential to recycle significant quantities of soluble iron via their guano to the iron-limited polar oceans. The majority of this work was conducted via meta-analysis, but I also used inductively coupled plasma mass spectrometry (ICP-MS) on Leach's Storm-Petrels' (Oceanodroma leucorhoa) excreta to validate iron-concentrations used in nutrient recycling projections. Our findings are of broad interest to community and marine ecologists, and to climate scientists as fertilizing iron-limited marine regions (e.g., the Southern Ocean) is a proposed method for sequestration of atmospheric carbon dioxide and thus mitigation of anthropogenic climate change.

Seabird breeding biology
I had my first crack at independent research in the summers of 2008 and 2009 at the Shoals Marine Laboratory. While there, I studied the behavior and life history of the resident populations of Great Black-backed (Larus marinus) and Herring Gulls (L. argentatus). This is also where I fell in love with marine science, ignited by a passion for these raucous and fascinating seabirds. In early 2017, I had the opportunity of a lifetime when I volunteered as a  researcher on the New Zealand Storm-Petrel Project, led by the Northern New Zealand Seabird Trust. The New Zealand Storm-Petrel (Fregetta maoriana) is a bird of legend, thought to be extinct for over a century prior to its rediscovery in 2003. In 2011, researchers located the only known breeding colony of this species and I was delighted to work on that particular island, as part of the first mark-recapture analysis for this species, with the aim of determining a rigorous estimate of population size and trajectory.

Pictures of me working on several different projects over the last decade of research.